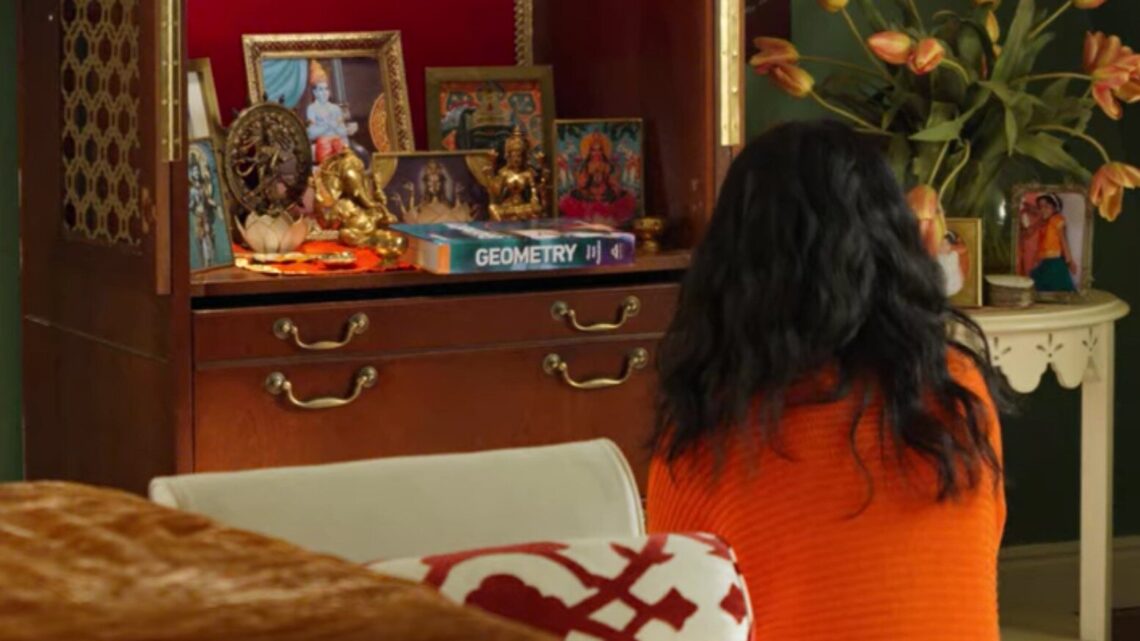 From our Friends at Christians Practicing Yoga

Have you ever felt that excitement of seeing something familiar while watching TV?  I remember watching Hallmark’s Christmas on the Bayou for the first time last year. My eyes opened wide at the representation of my hometown. I was so proud to say I knew exactly where they filmed it because I went there so many times before. The movie reminded me of the area, but also heavily romanticized it.

Flash forward to last week when I decided to watch Never Have I Ever produced by everyone’s favorite from the hit sitcom The Office  Mindy Kaling on Netflix. The show begins with a desi (descendant of the Indian subcontinent living abroad) high-school sophomore named Devi praying in front of her at-home puja altar. The camera pans the altar with Hindu murtis, or statues, like Ganesha and Shiva. I looked with amazement as I was seeing Hinduism depicted in a Netflix comedy-drama. After studying yoga and Hinduism for years, I was proud to know the history behind this representation…but I’m not even Asian and I don’t practice Hinduism.

I cannot even imagine identifying as either and feeling the pride and recognition of watching. During this year’s Asian Pacific American Heritage month, Allyson Escobar wrote about her feelings towards Never Have I Ever. Recent events and my experience of watching this show brought up a topic that is begging to be written about: are we practicing yoga appreciation or yoga appropriation?

You may be wondering why a “Christian yoga” teacher might be talking about appropriation. It’s true, on the surface it may seem like this term of “Christian yoga” is textbook cultural appropriation white-washing yoga’s history. The difference is intentionally recognizing what we are adapting, and honoring its origins. Christians practicing yoga who educate themselves on yoga’s roots point to a form of embodied empathy and compassion that recognizes and fights the colonization of yoga. Below I have listed a few Desi resources and advocates.

Yoga and the Roots of Cultural Appropriation, Shreena Gandhi

I first questioned my yoga practice in 2018 when I saw the headline “Americans who practice yoga contribute to white supremacy.” I read and reread this backlash article multiple times questioning the purpose of this news. Then, I read the actual article and found the genuine substance of it. The authors were calling for the rightful recognition of yoga’s roots, something usually overlooked in a high-end yoga studio. An empathetic dagger was sent through my heart that any human could feel such a way. The article weighed heavily on me especially being a young, white, Catholic, female yoga teacher. Since then I have been searching for the answer to my initial question: how can I extend compassion and understanding to those who feel as if their identity is shaped by a culture of people who are inclined to misunderstand?

I emailed Dr. Shreena Gandhi with this question and she had a beautiful insight. In summary, “the important thing for anyone who practices/studies yoga is to understand the history in regards to colonization. Having a good understanding of the effects of colonization can help us understand how culture changed for the colonized and colonizers. Empathy is also so important – if we empathize it’s easier to practice yoga compassionately.” Dr. Gandhi’s article is just one example of academics seeking equality for minority religions.

I cannot stress enough how important the Yoga is Dead podcast is for anyone and everyone who practices yoga. Through each episode, Tejal and Jesal talk about who killed yoga with thoughtful yet witty stories beginning first with “White Women Killed Yoga.” The titles point to different groups of people who have taken yoga for their own, justifying their practices under the veil of yoga. Not only is it an insightful podcast, but each episode includes over 20 resources for your own self-study or svadhyaya.

Jesal responded to a question I posed that asked what they thought of yoga practiced spiritually; an abridged version of her response follows: “There is enough similarity and overlap, that yoga can be used as a tool to enhance whatever your belief system might be. There is a lot of confusion among Christians (and those of other religions), especially in the West, about how yoga may or may not conflict with the religion. A lot of the appropriation comes from the fear that allowing another spiritual tool might somehow dilute your faith. Generally speaking, many Christians in India seem very comfortable with yoga (and on another note, living adjacently to Hinduism) without much conflict.”

She also included one important note that we often seemingly forget. India has its own problems! By speaking about inclusivity between different spiritualities, we must recognize that we may be romanticizing when we aim to culturally appreciate.

Be sure to check out Jesal’s picks for decolonizing your yoga playlist.

As I have harped on this idea in somany blog posts: yoga is about the union with the Divine. This union is about the Divine within every being on earth. Susanna focuses on this quality of yoga in particular by saying, “Let’s work together to realize yoga as unity and make yoga fully inclusive and diverse.” Her blog posts are revolutionary and beautifully written to bring awareness of the connectivity in all of us. The titles of her posts include, “How to Practice Yoga Without Appropriating It,” “How to Decolonize Your Yoga Practice,” and “What is the Difference Between Cultural Appropriation and Cultural Appreciation?” She is recognized as an advocate for POC and Desi yogis by organizations such as theHuffington Post,Yoga Girl,Yoga Journal, and many more.

I took the initiative to begin defining myself as a Catholic who practices yoga (or a Catholic, yoga teacher) rather than just a “Catholic yoga” teacher. Though I fail in my wording at times, this intentionality of separating the two reminds me of the consequences of white-washing or colonizing yoga’s roots. Although combining descriptives like “Christian yoga,” “goat yoga,” or “drunk yoga” seems more tailored to the experience, we have to recognize that this naming may weaken our respect of yogic philosophy and practice. These titles may have their place, but our awareness is key here.

Followers of Christ have the responsibility to listen, honor, and love our neighbors as ourselves. This means our neighbors’ culture, heritage, and voice. The Second Vatican Council urges Catholics to engage inecumenical studies regularly. Interreligious dialogue between Christianity and other faiths reflect the love and compassion Jesus had to individuals of all faiths and backgrounds. We are called by Jesus to “love everyone as yourself.” Understanding and lifting our neighbors’ voices is one practice of love.

Of course, my voice on this subject does not mean I represent all, or any, Indian-American voices. I encourage you to seek out POC voices to promote inclusivity in your yoga practice. This post by no means fulfills the duty of learning about yoga or Hinduism’s roots. Please look in-depth to the resources listed to explore what every yogi needs to know to combat yoga appropriation.Hindu-Christian dialogue 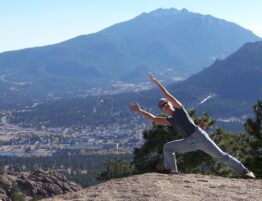 In times of unrest, especially now, many of us feel the need to be “right,”… 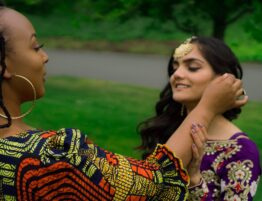 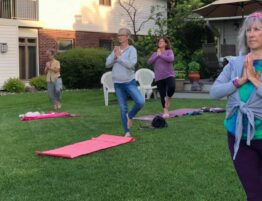 Spiritual Practices Scripture ~ Live in harmony with one another; do not be haughty but… 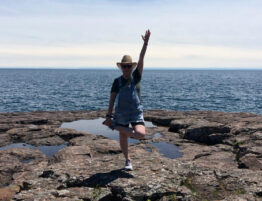 Spiritual Practices ~ Ordinary Time Scripture ~ “When will the new moon be over, So… 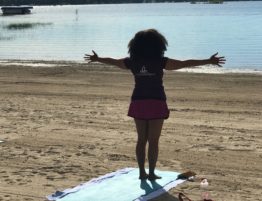 Spiritual Practices ~ Ordinary Time Scripture ~ God planted a garden in Eden, in the… 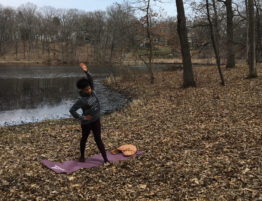 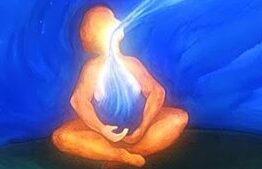 Pentecost 2020 God, Creation and Poetry ~ 6 Pentecost is a liturgical celebration of the birth… 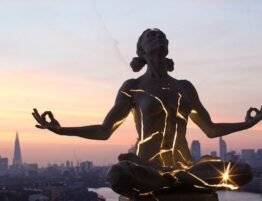